Herr Piëch, about that recent Lamborghini acquisition…. do you have a moment?

Desperate times sometimes call for desperate measures, but can result in unwise decisions. Lamborghini has never been a stranger to challenging episodes- the relatively young company having changed hands several times before eventually landing on safe ground within the VW group.

In 1995, Automobili Lamborghini was owned by MegaTech, an Indonesian company with (former Lotus CEO), Michael Kimberley at the helm. MegaTech had purchased Lamborghini from Chrysler for around 40 Million (USD) the year before but was having trouble making the enterprise END_OF_DOCUMENT_TOKEN_TO_BE_REPLACED

As we conclude our trip across South America, we do so in a small truck with a surprising powerplant. IAME’s faithful Rastrojero.

Argentina’s Peron-initiated IAME (Industrias Aeronáuticas y Mecánicas del Estado) technology and manufacturing vehicle, turned out some weird and less than wonderful machinery in its 38 year existence; from small Goliath-like front wheel drive cars with highly unconventional split-twin two stroke engines, to a sports car with a 2.5 litre air-cooled modular V8. Yet IAME’s most successful and enduring product was the Rastrojero, a light truck truly down to earth in its concept and engineering. END_OF_DOCUMENT_TOKEN_TO_BE_REPLACED

Driven to Write examines a missing link from Brazil. 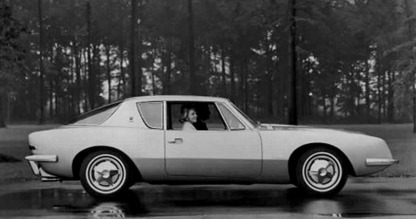 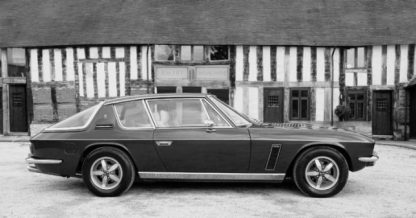 The earlier years of South America’s motor industry were influenced both by its relative geographical closeness to North America and its cultural closeness to Europe. But this influence might have gone both ways. When I first saw the 1962 Studebaker Avanti, in my trusty edition of The Observer’s Book of Automobiles, I was greatly struck. A really novel shape. When I first saw the Jensen Interceptor, in The Autocar in its 1966 Motor Show run-up, I was greatly impressed. A really novel shape. It was only after a while that I realised that the earlier, Loewy Studio designed car might have influenced the Touring styled one from West Bromwich. But, unknown to me at the time, there was a third car, the missing link, the 1964 Brazilian built Brasinca 4200 GT Uirapuru. END_OF_DOCUMENT_TOKEN_TO_BE_REPLACED

Today, DTW takes a stroll (or should that be Troll?) through the Pantanal.

DTW, thankfully, has no place for the pernicious curse known as ‘clickbait’, but the Troller Pantanal would richly deserve its place in “What the 20 most unsuccessful light commercial vehicles you never realised were gay look like now will make your jaw drop”, if ever such a gallery of shame were assembled. The subject of our tale of misadventure is Brazilian 4×4 vehicle manufacturer Troller Veículos Especiais S/A, founded in 1995 in Horizonte, Ceará Province.  END_OF_DOCUMENT_TOKEN_TO_BE_REPLACED

A Brazilian beauty comes under the DTW microscope.

Controlled markets create their own phenomena, and the autarky imposed by the Brazilian government from early 1976, when all car imports were effectively forbidden, resulted in the emergence of a small scale luxury car industry whose high ambitions were often thwarted by economic and technical reality.

For a few years Citroen produced the CX in Arica, Chile.

I saw this one in Sweden: nearly all GTi CXs that I see are like this: immobile and decaying. Owners seem paralysed between scrapping and repairing.

From 1978 to 1984 Citroen delivered knocked down CX’s to Chile for assembly. There a few for sale in similar condition. Information on the Chilean version is sparse- perhaps our Chilean readers can fill in some details on engines and trim. I’d guess the range was narrower on options such as colour, trim and motors. Or was it? I must say how appealing the idea is of a Prestige negotiating dramatic Andean scenery.

While it might be culturally, and indeed physically a long way from the rest of South-America, the Falklands are part of the continent. What do they drive?

Outside of Port Stanley, the capital, most of the roads are gravelled and are described as tracks. Furthermore, there is not a very large road network (900 km) due to the island’s low population density: 3000 people reside there. It is tempting to say that the most popular vehicles thereabouts are boats since the Falklands are made up of two large islands and about 700 smaller ones. The road network is being upgraded to END_OF_DOCUMENT_TOKEN_TO_BE_REPLACED

I write as someone who is far from convinced of the universal wonders of the Free Market, yet I tend to the conviction that state-owned car makers are a bad idea.

I think that’s because I can’t help but regard most cars as rather frivolous things, so I base my prejudice on the feeling that I wouldn’t want to be governed by an organisation that wastes even part of their energies thinking about cars, except in legislating their use.

This prejudice soon falls apart. True, most of the cars built for a captive market in the old Communist states of Eastern Europe were disappointing at best, but Tatras were glorious things. The nationalised British Leyland was a reasonably cack-handed enterprise, with sparks of cleverness, but it only got nationalised due to the uselessness of its private management. END_OF_DOCUMENT_TOKEN_TO_BE_REPLACED

Suriname is South-America’s smallest country and it has a strong Dutch connection.

Until 1975 it was part of the Kingdom of the Netherlands and Dutch is still the official language of state. So, I wondered, is it possible that DAF cars were sold there and do any remain? So, I tapped in “Suriname autos te koop” and discovered that the only DAFs are trucks. There are no Volvos there either.
END_OF_DOCUMENT_TOKEN_TO_BE_REPLACED

This is a micropost. Chevrolet have a huge range in Uruguay. This is what is looks like when seen from space:

The Chevrolet Celta Mk1 (see below) was based on the Corsa B, on sale from 2000. It seems to have stopped production. In 2006 Chevrolet revised the car but it still seems to have its roots in the Corsa B. The Onix is a partial replacement. The giveaway is the split A-pillar: the front window frame is half of the A-pillar, just like the Corsa B (1993-2000). GM have done really well out of the Corsa and indeed Opel. I notice a lot of what they sell around the world has its roots in Rüsselsheim. There is no way they are shutting down Opel and there is no way Opel actually makes a loss. Its an accounting wheeze. END_OF_DOCUMENT_TOKEN_TO_BE_REPLACED

Uruguay is the second smallest state in South-America. Being right next door to Brazil, it’s natural enough one can buy Fiats there.

There are two South American specials (if I can be so Eurocentric) in the Uruguayan range. One is the Uno and the other is the Palio Adventure. Looking at the Uno we find a vehicle that evokes the Panda but isn’t a Panda. Fiat Brazil came up with this one and Fiat Centro Stile developed the appearance. Note the asymmetric grille. It’s Type 327 for Fiat anoraks. The underpinnings are from the Fiat Palio, making it something of a middle point between the Panda and Palio.  END_OF_DOCUMENT_TOKEN_TO_BE_REPLACED

Before we go any further, I’d like to take this opportunity to remind readers that genuine Panama hats are made in Ecuador.

And that country is the topic of today’s investigation. The Republic of Ecuador lies on the north-west coast of South-America. Its capital is Quito but the largest city is Guayaquil. About 16 million people live in the country. They drive on the right (where possible) and the economy is dependent on commodities. Vehicle sales were down 30% last year (2015). That’s a big blow for Chevrolet who hold about 50% of the market.

What do they drive? END_OF_DOCUMENT_TOKEN_TO_BE_REPLACED

The various manufacturers involved in the South American market over the years can cause some confusion to casual car spotters.

The US maker Willys had set up in Brazil in 1953. Seeking to diversify from its US based cars, it built a version of the Renault Dauphine under licence ….

END_OF_DOCUMENT_TOKEN_TO_BE_REPLACED

You will have gathered that I am a firm believer in rules and formality, so it is with the greatest reluctance that I agreed to break my own rule about Theme titles. Our new theme originally consisted of two words in English, albeit hyphenated in a bogus effort at expediency. However, such was the outcry from our demanding readership that it was changed to the Spanish language name of the continent which is, fortunately, a single word.

Whatever the case, such is the depth and scope of the topic that I felt it necessary to find a way around my rule. South America is, quite obviously, a continent of car enthusiasts. Thirteen Formula 1 Championships alone have been won by South American drivers. Five countries have motor industries, and Brazil is the seventh largest manufacturer in the World. END_OF_DOCUMENT_TOKEN_TO_BE_REPLACED