Some car designs either mature with age or wait for the beholder’s eye to mature. The second-generation BMW Einser is an example of this phenomenon.

The passage of time can have peculiar side effects, in that both one’s own tastes tend to change, just as changing context can significantly alter one’s perception and hence opinion.

In automotive terms, for example, my (much) younger self was left unreservedly enchanted by the Rover 75 upon its unveiling. The attention to detail of its styling, as well as the obvious nods to historic British car designs completely won me over; to me, the 75 was everything the Jaguar S-type most equivocally was not.

Two decades later, the Jaguar remains no caterpillar-turned-butterfly, but the Rover has lost quite a lot of its charm. The care and attention to detail that went into its design remain as obvious as they were back in 1998, but the entire concept of a twee retro saloon so unashamedly attempting to END_OF_DOCUMENT_TOKEN_TO_BE_REPLACED

Looking back at matters from the distance of a decade, it does appear that niche-filling was the post-millennial pastime du-jour for the automotive industry – at least for those cash-rich and expansionist prestige German carmakers who weren’t busily reinventing them. BMW were somewhat late to this particular party, albeit having introduced the vulgar and corpulent X6 SUV fastback in 2008, they hadn’t exactly been idle.

During the protracted run up to its 2009 introduction, the Bavarian carmaker made much of their forthcoming Progressive Activity Sedan, but when the covers came off the PAG concept, earlier that year, the reaction was let’s just say, somewhat tepid.

Like Mercedes’ 2006 R-Class, the 5-GT was aimed at buyers who wanted to END_OF_DOCUMENT_TOKEN_TO_BE_REPLACED

The year is 1993. At the Geneva show Pininfarina presented the Ethos2 concept car, Aston Martin showed the Lagonda and BMW the supermini Z13.

Fiat offered the Downtown, a three-seater with two motors driving the rear wheels. It had sodium sulphur batteries and a 118-mile range. When driven at 30 mph, the range increased to 186 miles. This one came from a time when car manufacturers were more willing to END_OF_DOCUMENT_TOKEN_TO_BE_REPLACED

Unusually for the company, BMW’s large coupés have traditionally been rather fickle creatures.

The success of the German car industry is founded upon consistency and evolution. BMW is no exception, as exemplified by its core 3 and 5 series models, which have rarely deviated from the proven and tested formulae.
While other BMW models haven’t been as consistent and successful what with the 7 series never quite recovering from the after effects of the very disruptive E65 generation, it’s the brand’s large coupés that have been by far the most systematically unsteady. END_OF_DOCUMENT_TOKEN_TO_BE_REPLACED

Before the revolution came this final flowering of traditional BMW expression. It’s possible they never quite surpassed it.

As BMW themselves fondly state, the Three-Series represents the beating heart of the Bayerische Motoren Werke brand, and as such, they have (until comparatively recently at least) managed its evolution with some caution and no little care. Certainly throughout its earlier iterations, it remained a conceptually faithful evolution of the ur-Dreier, the epochal 02-Series, which the E21 Three supplanted some 42 years ago. END_OF_DOCUMENT_TOKEN_TO_BE_REPLACED

Chris Bangle may have been maligned for a good deal during his tenure at BMW, but there is one car for which he deserves our full opprobrium.

All evolutionary pathways have their variances, those points of deviation from the natural course, most of which lead to dead-ends. Some however mutate, leading to strange and unnatural creations. In 2007, BMW unveiled one such grotesquery, an incongruously formed fastback SUV concept, dubbed a Sports Activity Coupé, which was revealed the following year in production form as the X6.

Chris Bangle is a man who seems content to END_OF_DOCUMENT_TOKEN_TO_BE_REPLACED

I really ought to begin with an apology. Yes, him again…

Today’s reissue began life in another (now defunct) sphere, one where a good proportion of Driven to Write’s readers and (virtually) all of its editorial team took their initial steps. It was then titled, ‘Oh Dear God, Not Bangle Again!’ and one can readily imagine a similar exclamation from the combined DTW readership in light of this.

One of DTW’s very first articles, and at the time, something more of a hagiography, its subject remains as polarising a figure now as he was when it was first written. However, since then, not only has Mr. Bangle returned to the automotive fold (for better or worse), but perhaps sufficient time has now elapsed and perspective gained to END_OF_DOCUMENT_TOKEN_TO_BE_REPLACED

Chris Bangle has returned to car design, but isn’t back.

The most influential car designer of the past two decades has returned to the automotive realm. His message is more radical than ever – but his audience is an altogether different one than in the past. We needn’t listen to what he has to say, for we are not his audience anymore. END_OF_DOCUMENT_TOKEN_TO_BE_REPLACED

Compiling a list of The 100 Prettiest Cars Of All Time sounds like a fairly straightforward task. Until you ask Chris Bangle to cast a vote…

AutoBild Klassik, one of the leading German publications in the field, is currently celebrating its 100th issue with a list naming the 100 most beautiful cars of all time. The jury tasked with naming the entries includes quite a few illustrious names, such as that of Peter Schreyer, Leonardo Fioravanti, Paolo Tumminelli, Simon Kidston, Gorden Wagener, Henrik Fisker and Laurens van den Acker, among others. One name that isn’t included though is that of the most significant car designer of the past twenty years, Christopher Edward Bangle. END_OF_DOCUMENT_TOKEN_TO_BE_REPLACED

… Now You Don’t. We look at the GINA, BMW’s attempt to produce a literal shutline

However much he might have railed, an engineer of Dr Piech’s standing knew that, even by calling it a shut line, it would always be, in reality, a shut gap. Expansion, engineering tolerances, sag and the possibility of damage means that the shutlines of a solid bodied car will always be measured in millimetres, not microns. Even those uniformly narrow gaps on modern VAG products must have been an irritation to him until the end. END_OF_DOCUMENT_TOKEN_TO_BE_REPLACED

Is design still evolving? As part of this month’s theme, Driven to Write republishes a post from the beginning of last year 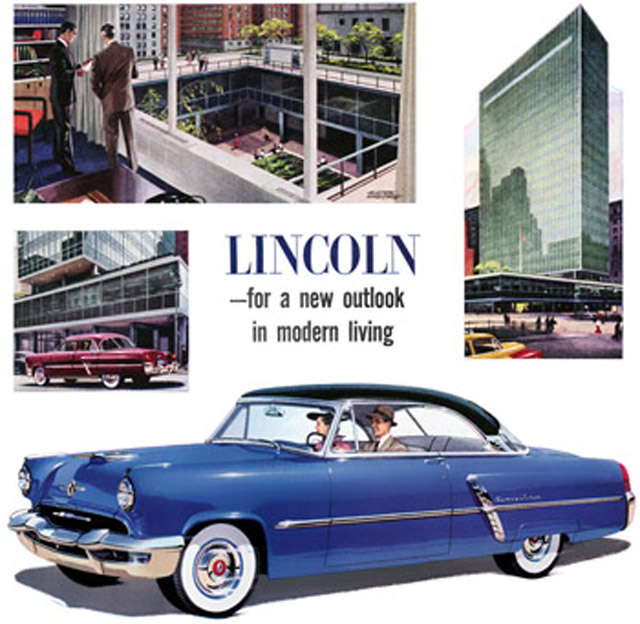 Does Car Design Have a Future?

Car design is usually late to the party. This isn’t because designers aren’t up to it – consider the bold output of the Bauhaus in the 1920s and 30s, when run by Walter Gropius, then consider his rather conventional design for an Adler car of the same period. It wasn’t until the late 1990s that critics felt that a car, an Audi, deserved the Bauhaus soubriquet.

Compare 50s modernist and brutalist buildings with the florid vehicles produced then. Cars did vaguely get round to END_OF_DOCUMENT_TOKEN_TO_BE_REPLACED

The 1983 Opel Junior concept marked a new, friendlier frontier in small car design. Its impact was to be lasting.

The 1983 (is it really that old?) Opel Junior was one of the stars of that year’s IAA at Frankfurt, where it debuted. Small and really rather perfectly formed, the little Opel was the work of a team of designers at Opel’s Rüsselsheim styling centre, under the direction of Hideo Kodama. Alongside Kodama was Gert Hildebrand and neophyte, Chris Bangle, who it’s said, was responsible for the concept’s modular interior.  END_OF_DOCUMENT_TOKEN_TO_BE_REPLACED

So many car design concepts intrigue and delight upon initial viewing but date as quickly. A notable exception to this truism sits below : 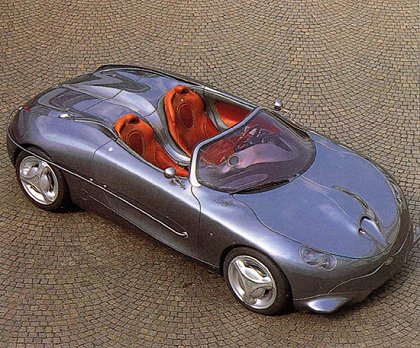 The 1992 Ghia Focus. First displayed at that year’s Turin Motor show to rapturous acclaim, it was a compact barchetta style roadster, and it’s radical form language prefigured a new direction for Ford. Its influence however, would ultimately extend further beyond Ford’s Dearborn, Dunton, Merkenich and Turin studios.

END_OF_DOCUMENT_TOKEN_TO_BE_REPLACED

Only a handful of individuals shape what we drive and by consequence, what populates our streets and driveways. Our current notions of automotive style were formed during the 1950s in the styling studios of Detroit and within the Italian carrozzieri, who fired imaginations and rendered dreams in hand-beaten alloy. For decades these designers and artisans were largely faceless men but during the 1980’s, the car designer emerged from obscurity and into the consciousness of the auto-literate.

Sometimes it pays to be brave, sometimes it doesn’t. Better luck next time, Renault.

By the final decade of the 20th century, motor manufacturers, having established that engineering integrity would only take them so far in the quest for market leadership, began to realise that the answer to their prayers lay within the spreadsheets and focus groups of the product planning departments. In a mature market, largely populated by feckless new money garnered from illusory internet start-ups and awash with cheap credit, the differentiator between the automotive carnivores and their prey would be defined by one word: Segmentation. Entire departments sprang up in such demographically significant hotspots as Miami, London and Southern California, all tasked with seeking that elusive niche that would give the parent company a jump on their rivals.