It’s named after a place that’s hard to find on a map. It might be in Buenos Aires. This example lurked in a gravelly forecort in the east of Jutland, about half an hour from Aarhus. Seeing it came as a surprise. It has been a while since I had the pleasure of slamming on the brakes and pulling up so I could hop out of the car to take some hasty photographs. The kids simply hate this kind of adult behaviour, that and visits to castles, roadside churches, ancient monuments, striking views and pretty much anything that isn’t a petrol station, shop or other opportunity for retail activity. But, now and again, I insist on making the kids END_OF_DOCUMENT_TOKEN_TO_BE_REPLACED

A trio of Citroën oddities in this take on that famous French creed – Liberté, Egalité, Fraternité. 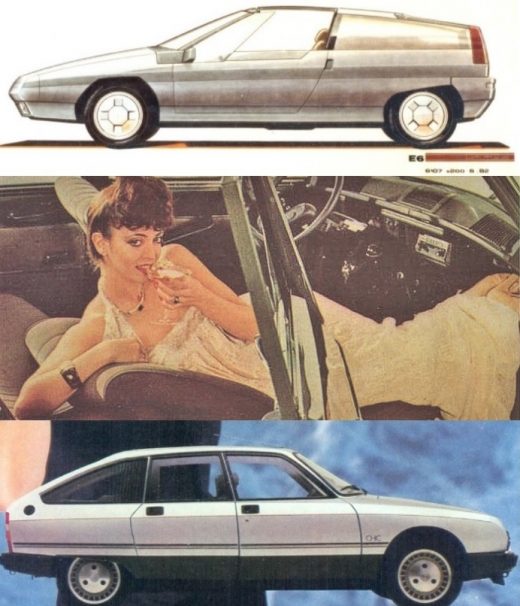 Seasoned Citroën fans are no doubt aware that Citroën toyed with the idea of a BX Coupé but never allowed it to reach the production stage; a full size mockup, looking somewhat like a mix of BX and Renault 11 3-door hatchback has survived and can be viewed at the Citroën Conservatoire.

There was however another, far more ambitious BX-derived Coupé in development for a time, also styled by carrozzeria Bertone. This project was initiated early in 1982, some months before the introduction of the BX hatchback at that year’s Paris Motor Show. Surviving documents reveal that this coupé was intended for a higher marketing segment and was also to END_OF_DOCUMENT_TOKEN_TO_BE_REPLACED

We ought to rename this site Le DTW. After yesterday’s Peugeot review we now have a whole slew of early 90s French cars under the spotlight.

In 1991 L’Automobile ran an article assessing the comparative strengths of the main three French brands, Renault, Citroën and Peugeot. It was a huge group test: 24 cars.  The magazine passed judgement on the main classes and in this article I will pass judgement on the 1991 verdict. Were  L’Automobile’s assessments in line with mine? Or indeed yours? END_OF_DOCUMENT_TOKEN_TO_BE_REPLACED

It’s been a while since we did one of these, and while today’s candidate might appear a little tenuous at first sight, look beyond the scudetto and there are chevrons galore.

First shown at the 1983 Geneva motor show, the Delfino was an attempt by carrozzeria Bertone to update the classical luxury gran turismo after almost a decade of decline. Alfa Romeo’s relationship with Bertone was long-standing, but had entered a prolonged period of stasis, with Portello forging a closer relationship with Ital Design when they were not END_OF_DOCUMENT_TOKEN_TO_BE_REPLACED

Autocropley ran this list some time back: “The market didn’t want these cars but you should”, it writes.

So, it works like this: they jeer at these cars when they are new and when they are rare and used Autocar tells us how jolly good they are. It can’t be both (the list included the XM, the Scorpio, Rover 75 V8 estate, Volvo S80 V8 and Renault Espace Quadra and Opel Zafira VXR and 607). END_OF_DOCUMENT_TOKEN_TO_BE_REPLACED

Marcello Gandini designed the BX and it appeared in 1982. The design resisted tinkering and looked freshly out of this world even towards its end in 1994.

Twelve years is a very long run for a car in the competitive middle-sized class and it’s a credit to the original engineering and styling that it still remained believable right up to the end. However, even Citroen had to face the realities of the market and succumbed to a succession of special editions to try and generate interest in their car. END_OF_DOCUMENT_TOKEN_TO_BE_REPLACED

When Citroën showed the way but the industry was too dull to follow. 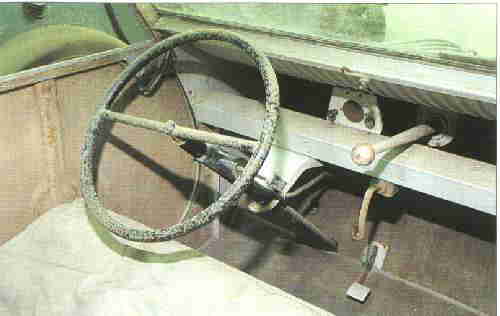 For all-out minimalism, the TPV prototype of the Citroën 2CV is hard to beat but, since then, Citroën have produced some of the most adventurous dashboards.

Throughout its twenty year life, the DS dashboard went through various iterations but, in its first instance, it was as modern as the outside. The least successful DS dash was the length of plywood fitted to the fascia of some of the upper range Slough built UK cars, on the assumption that Brits must END_OF_DOCUMENT_TOKEN_TO_BE_REPLACED