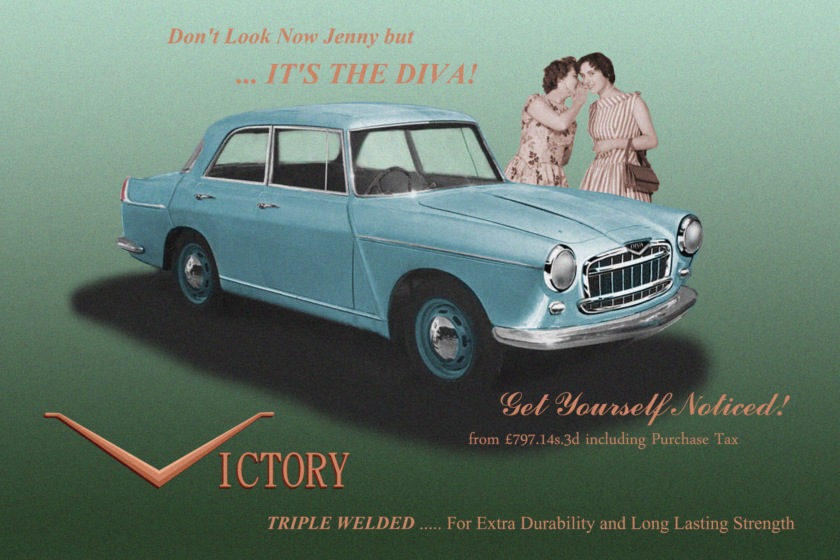 A few months ago, I published a snippet from the autobiography of that legend of the British Motor Industry, the Chief Engineer of Victory Cars, Len Brik. Since then I have had a request for a further extract, but I must admit that a small amount of the late Len Brik’s odd grammar goes a long way. However, I can offer you some alternative Brik related information. END_OF_DOCUMENT_TOKEN_TO_BE_REPLACED

Many thanks to Eoin for his kind mention below of my recent little volume on Sir Basil Milford-Vestibule.

I’ve been putting away the research material of late and was leafing through the long out-of-print autobiography of Len Brik, who will be remembered by many of us longer serving types as the charismatic Chief Engineer at Victory Cars.  Following the merger of Victory Cars with Empire, he came into close rivalry with Sir Basil. Len was entirely self taught and there was mutual loathing between the two men.  Sir Basil is usually reported as referring to Brik as ‘The Blacksmith’, though more exactly he used the phrase ‘The Blacksmith’s Dull Apprentice’, whilst Brik returned the compliment with ‘Sir Beryl’. END_OF_DOCUMENT_TOKEN_TO_BE_REPLACED